23 replies to this topic

I dont know if this is just an oddity but when i saw it,  I just had to have it!! A year Later

and it sits on top of my gun safes. I think its cool. I paid $900 and thats what i will sell it for

If no takers, i can toss it on Gunbroker. Figured more Thompson guys here 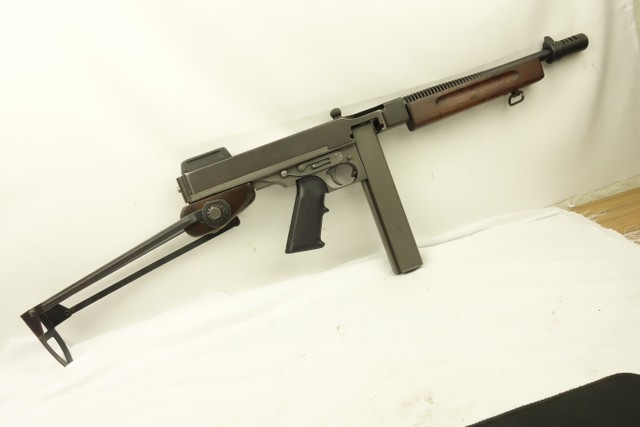 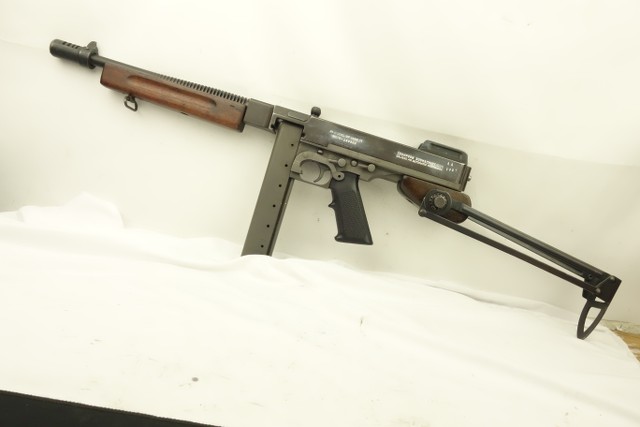 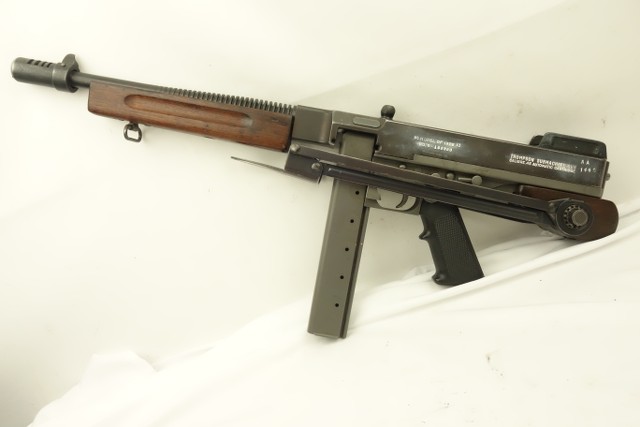 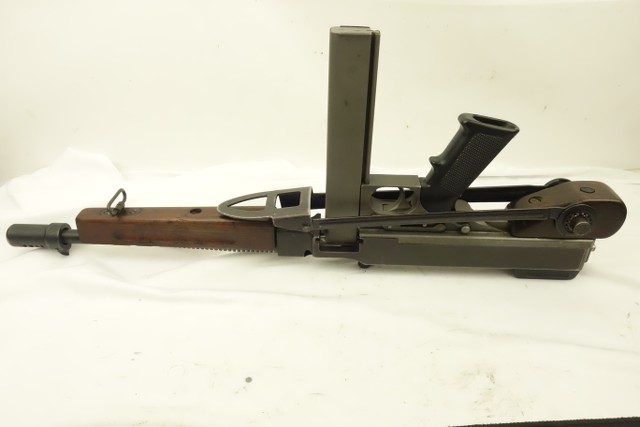 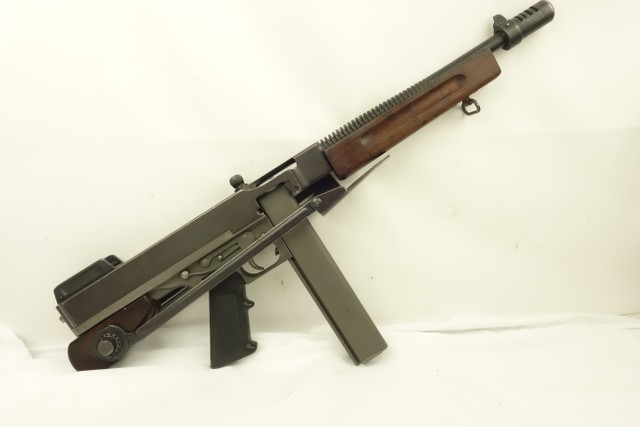 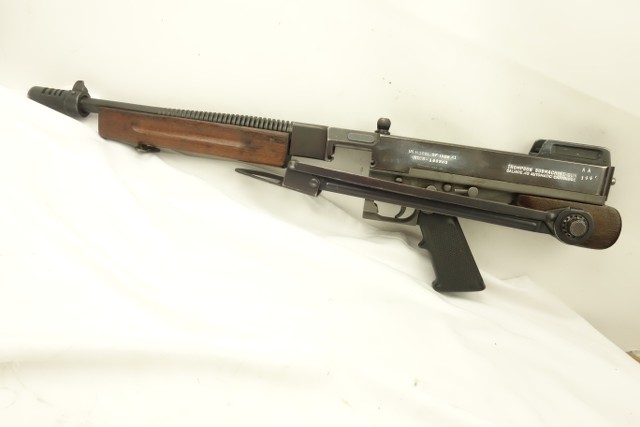 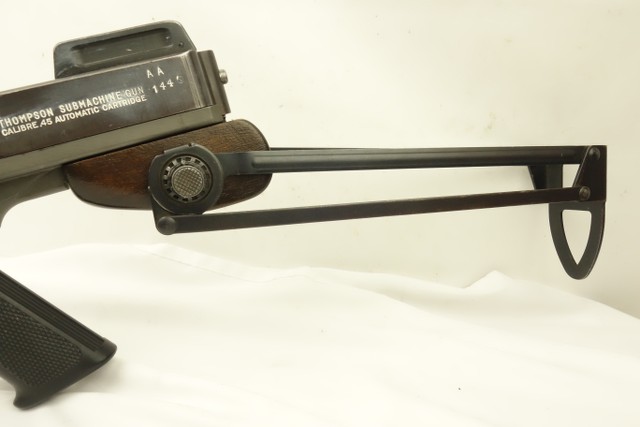 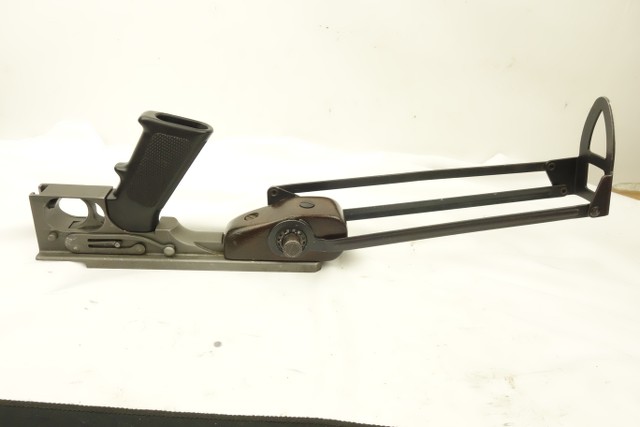 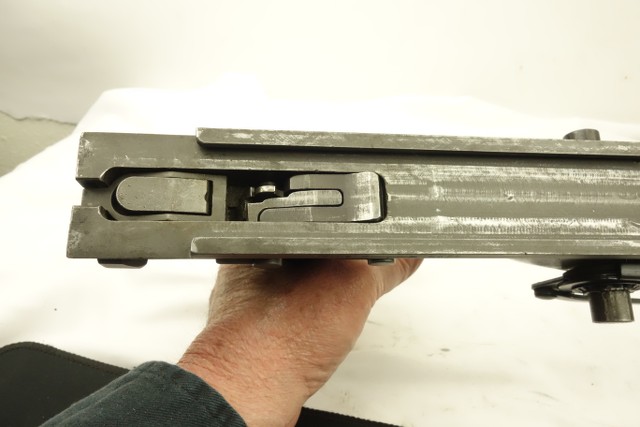 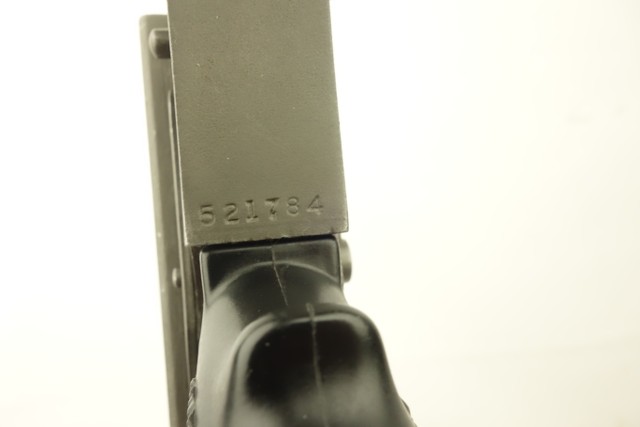 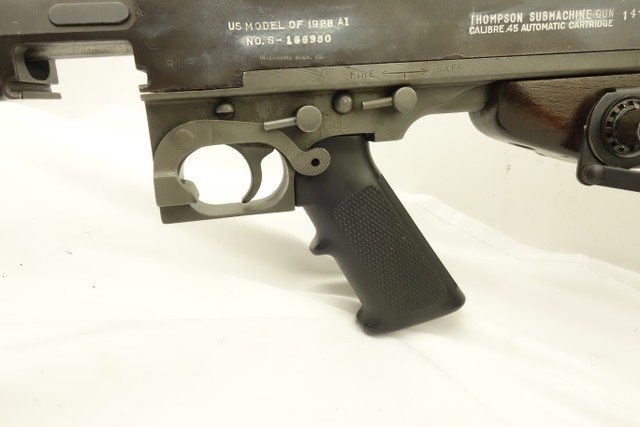 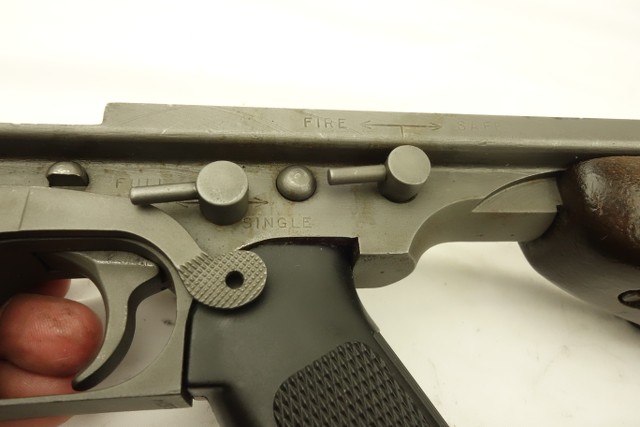 That is certainly interesting.

28 lower or M-1? Weird. How stable is it for shooting? Length of pull, came as a regular Thompson? Is it a AK folding stock?

Does a mag fit into the mag well with the stock closed? Can you shoot it in that configuration.

Looks like a federal ordnance stock for an m1 carbine that was modified for this gun.

I agree.  The third strut, which automatically deploys the shoulder pad as you pivot the stock open, is a pretty unique feature of those stocks.

If I recall correctly, there was originally a part of the shoulder piece that was on top (when the stock is in the deployed position) and was rounded to look like the bottom section.  This has evidently been removed so the stock doesn't cover the magazine well when folded and it looks like a stick magazine can be used with the stock folded.

Might be a little uncomfortable on the shooting hand with the stock folded, but I think it could be shot that way.  There would be no access to the mag catch or other controls, but you could get away with "going gangsta" for one magazine anyway.

I’m new to the board, hopefully I haven’t broken any protocols by this first post. I looked for new members info, didn’t see anything.

Would anyone know if this lower will or can function (semi) on a AO 1927 A-1 West Hurley? I’m assuming that it will not, but I am curious.

sinced this is a full auto lower, I doubt it

I have never had a semi , only full , but I do know that people buy full auto lowers and put them on semis for both , looks and function . They use one of the levers for a bolt hold open while loading drums so they don't need the third hand gizmo . don't know what needs to be done to use it , but it can be done .

Looks like a M1 lower to me with that serial number location, and profile of the pistol grip area.....

I agree on the M1 lower.

Didnt they have stocks like that in that movie U571 in the beginning ?

Didnt they have stocks like that in that movie U571 in the beginning ?

I think those were Reising 55s IIRC.

My thougts were to put it back orignial then mate it to an AOC West Hurley '27 semi-auto just because it would be cool to have a second lever and a third position.

Anyone think it may fit?

Internet Firearms Movie Data Base has 1928A1 Thompsons fitted with the wire portion of a M1A1 Carbine folding stock. M55 Reisings are also present.

You gents are correct . The '28 markings and drum cutouts on the upper threw me . Saw what I expected to see .

Also tagged with one or more of these keywords: MP40, Thompson