Shooting Tommy gun from a plane


34 replies to this topic

Geez Dan, getting too bored with all your MG's you need to up the excitement? Also, I didn't think .45 will set off Tannerite...

This should do it for you. 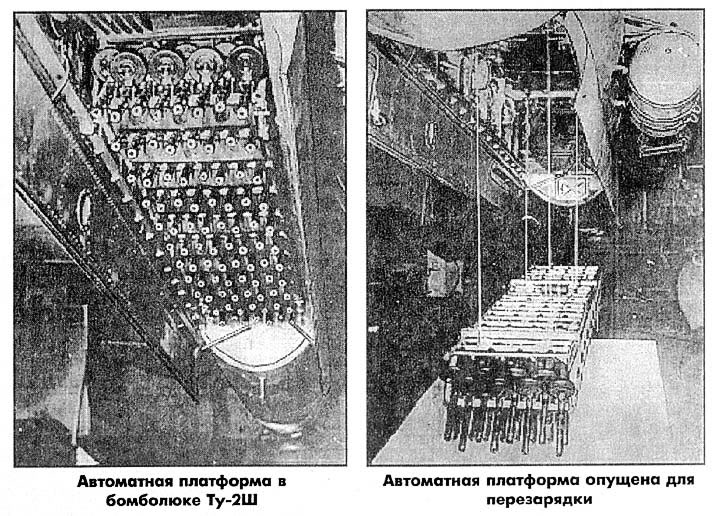 My trandslations: Automated firing platform for Tu2Sh bomber  /  The automated platform is lowered for reloading

'Hedgehog' firing platform for the Soviet Tupolev Tu-2 aircraft, fitted with 88, PPSh-41 submachine guns. "Many of these aircraft were piloted by members of the nine Soviet female combat squadrons in WWII".

out of a helicopter in Arizona.

Call and ask them.

Lot's of hog hunting is done here from helicopters.

Exactly what I was going to say, but your state would have to allow full auto hunting, Texas does not as I understand it.

True for game animals, hogs are open season in Texas.

Dan, you need to do this. Do it into a muddy field so you get a better "splatter" effect.

out of a helicopter in Arizona.

Call and ask them.

Dillon does this all the time - most of the civilian TV shows on M134s are done at Dillon. they have their own testing program, helos and a range in the AZ desert.  Being a Govt contractor the rules are different.  I was semi- involved with a LEA drug interdiction flights in ANG helos at one time, and tried to talk the air crew into letting me take along a personal M60 to hang out the door and shoot up something .... anything really .  We thought a cat tail swamp would be ideal. ANG guys thought it was a great idea, but - totally against the rules, and apparently FAA rules to. No idea what the rules are, and clearly some folks are doing it ( hog shooting - we are going to try to set up an aerial shoot this winter ) so it would be interesting to find out what the rules really are .

True for game animals, hogs are open season in Texas.

Cubguy, true, only remembered the Texas Parks Wildlife page saying no full auto for "game" animals, nothing about you can't use it on hogs, thanks for the clarification.

I think discharging a firearm is illegal according to the faa. I would contact them.

I thought of Mark as soon as I saw this post No charges pressed...how nice of them...especially since he didn't break the law. Pheds.....

Didn't shoot but experimented on the ground and took a ride and thought through the various situations that could occur...dropping the gun...glasses flying off...hitting the plane.. The one he has would require left hand shooting to the rear as there isn't a safe angle with a big enough sight window to the front. Thanks for all your thoughts.

Dan, out of curiosity what make and model of airplane where you thinking of using?

i make sure the guy who rides shotgun with me is a lefty, justsayn

I've shot my M60 from a helo.  Bungee cord mount, feet on the skid, single seat belt sitting on the edge of the doorway.  For the record I'm left handed and shot out the right door.....if that matters?  Back in the day at the creek.  It is unlikely that kind of fun will be repeated, but a group is considering a Huey and we would take that out and shoot.  It would be a waste of fuel and ammo to shoot a subgun out of a plane IMO, OTOH shooting .45 down, the bullet may actually pick up speed and be lethal!