82 replies to this topic

I don't have any real photo editing software on my computer but I did this with my phone. I think I like this better.

Send me or make available a high resolution version of the original image, and I will give an example, and note some of the steps...

If you do a lot of photography, the Photoshop $10 a month plan is kinda handy - it gives you Photoshop and Lightroom, which you can use on two computers.

Do you want that grease gun photo or one of the others in the thread?

Do you want that grease gun photo or one of the others in the thread?

Kilroy was kind enough to send me his original image. It was taken at ISO 200, using a 35mm lens, with a crop sensor body.

I went ahead and did an edit of it in Lightroom, and took a video of the process.

Basic steps involved having lightroom correct for known issues with Lens/Body combos (every camera has em'), and then tweak the white balance.. From there went through and started to clean up the white background, so that it was whiter/brighter, and to get rid of the cloth texture - at some point during the video you can see me turn the highlights red - this allows finding "dirty areas" that you want to clean up (the red is basically pure white).  Around the gun itself, I desaturated the colors a bit, to get rid of the bluish cast from the gun onto the white background, and turn it into a grey. For the gun itself, I increased the sharpness and clarity, pulled some shadow, and added some black back into compensate for the shadow removal.   Were I go further, I would tweak the shadows on the magazine an grenade further, desaturate the shadows around the gun a bit,  and maybe add some accents to the brass. You are da man!

I'm enjoying this thread. I will try some of the suggestions next time I get the camera out for a gun.

Great work Andy, I've watched the video twice now and still am shocked with how much work you put into it. I know for you it was probably nothing but that whole program is something I've never seen or much less played with and looks overwhelming.

Great work Andy, I've watched the video twice now and still am shocked with how much work you put into it. I know for you it was probably nothing but that whole program is something I've never seen or much less played with and looks overwhelming.

If you look at the history on the left through the video, you can see when I change tools, add strokes, etc....   The basic thing for your pic, was to adjust the exposure of the background so that could blow it out (overexpose) to create the white, and hide the texture..  Beyond that it was all about bringing out features in the rifle ... If you look at edits in 15 second increments, you won't notice a big change, but if you toggle the before and after, you can see how things are developing.. In general there aren't any tools that will magically fix your images  - to take good gun image, involves a decent amount of time setting up the shot (getting rid of extra crap before you even take the shot, adjusting the angles, lights, etc)... Your edit was 10 minutes - I have often spent 10-45 minutes on editing a product shot, and 30-60 minutes to edit a model....   The trick is to just get the tools, and start playing with them - there is no magic bullet to photography / editing.

Still no photo editing... This is the 'raw' shot.

Here's the same but different shot. I used a piece a poster board to diffuse(?) the lighting. I took this at the same time as the shot above but to me this shot looks washed out and I think needs a little less exposure. Though, I do like how the shadows are gone in this picture. 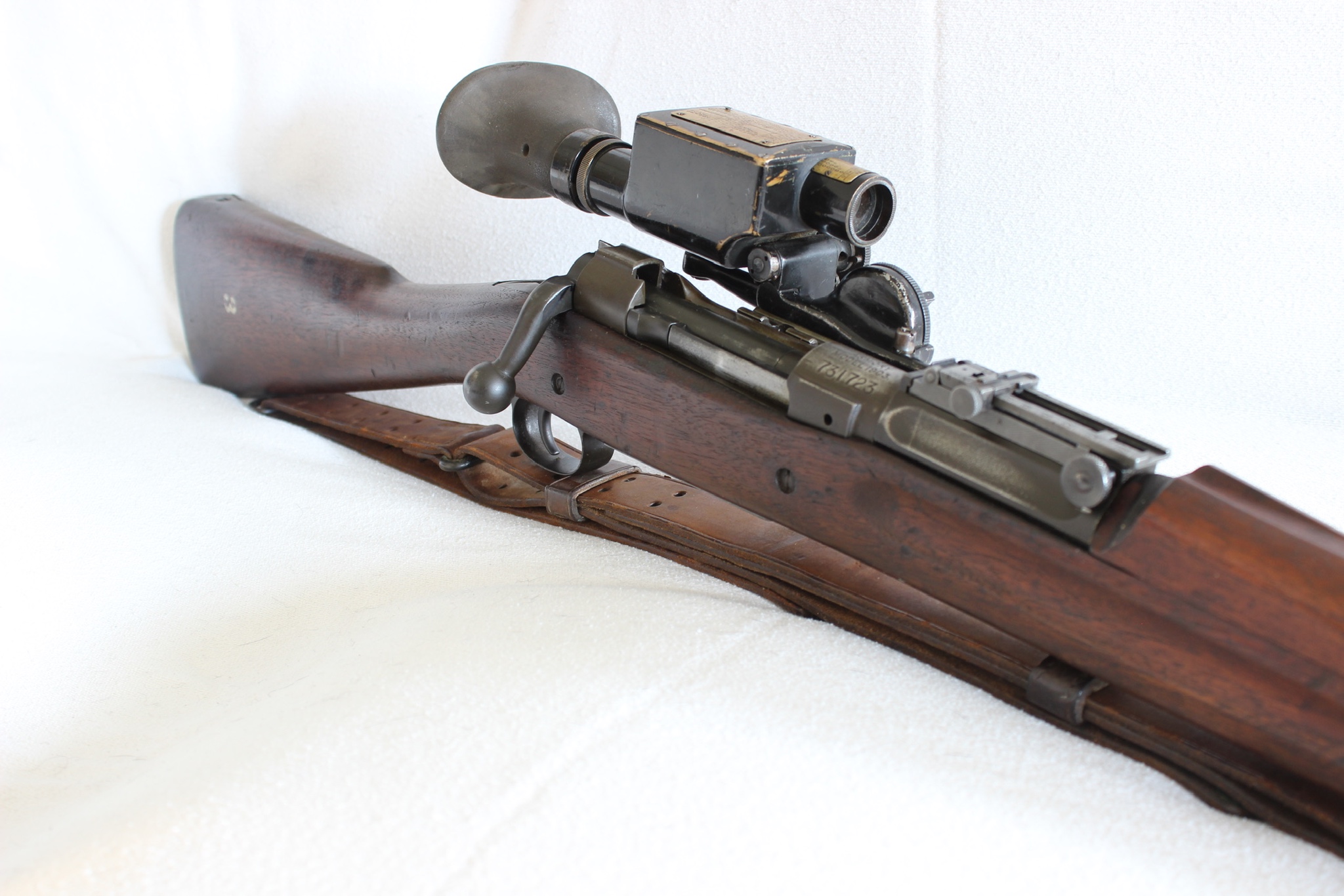 I don't have any real photo editing software on my computer but I did this with my phone. I think I like this better.

I use a program called Paint.net it's free and does a decent job of adjusting photo's and the price is right!!

Early Inland M1A1. Has all the early features, high wood paratrooper stock etc. six digit serial. I like it because it is similar to what my uncle would've jumped into Normandy with as a radioman in the 101st Airborne Signal Company. 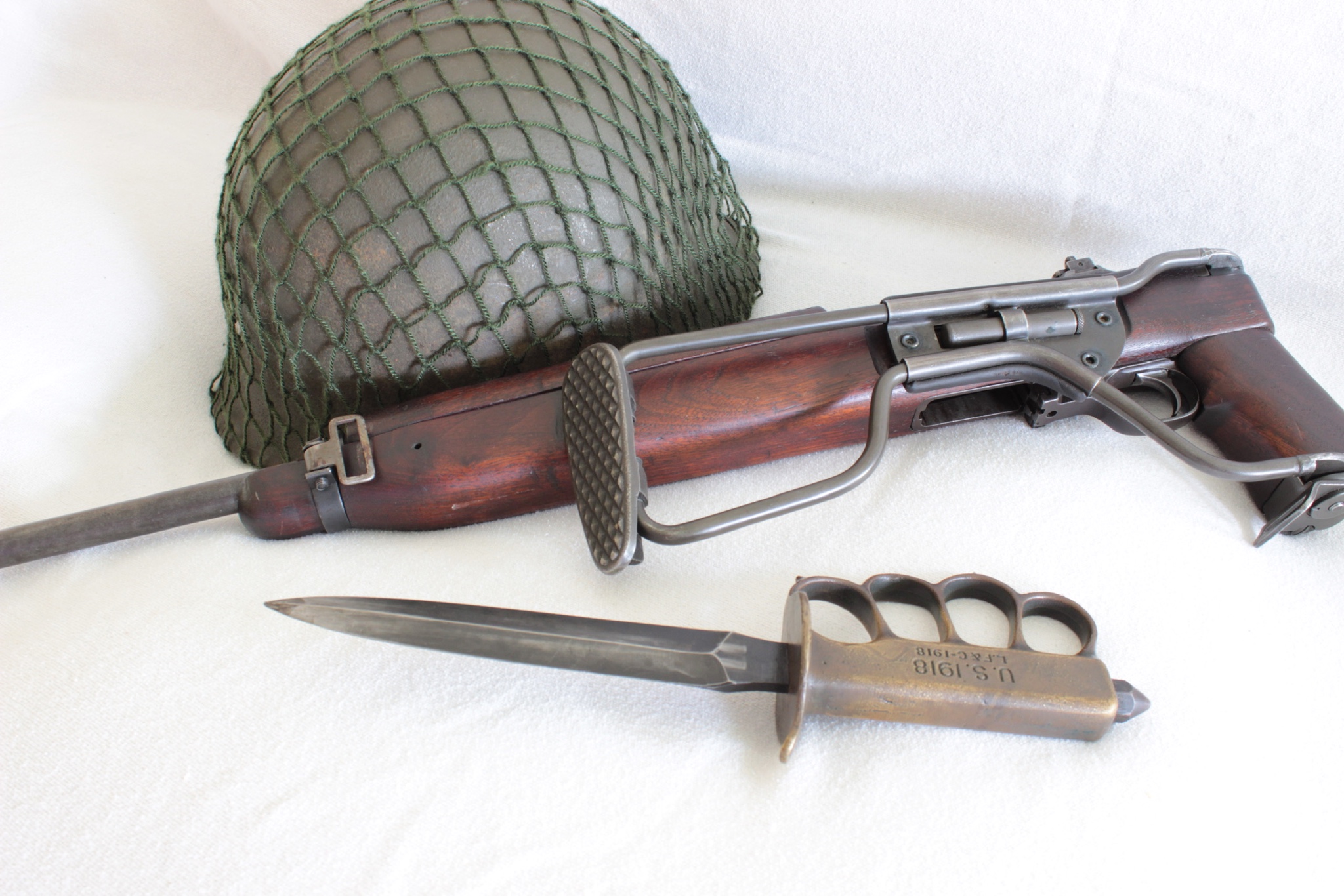 If you have a Mac, here is great image editing tool I've been using for years.

I think my camera came with a photoshop but I feel that it is probably an evaluation version. That and every time I look at photoshop on someone else's computer I get a head ache, scared and confused and end up in the fetal position on the floor. I do not like that program I do not like it at all. 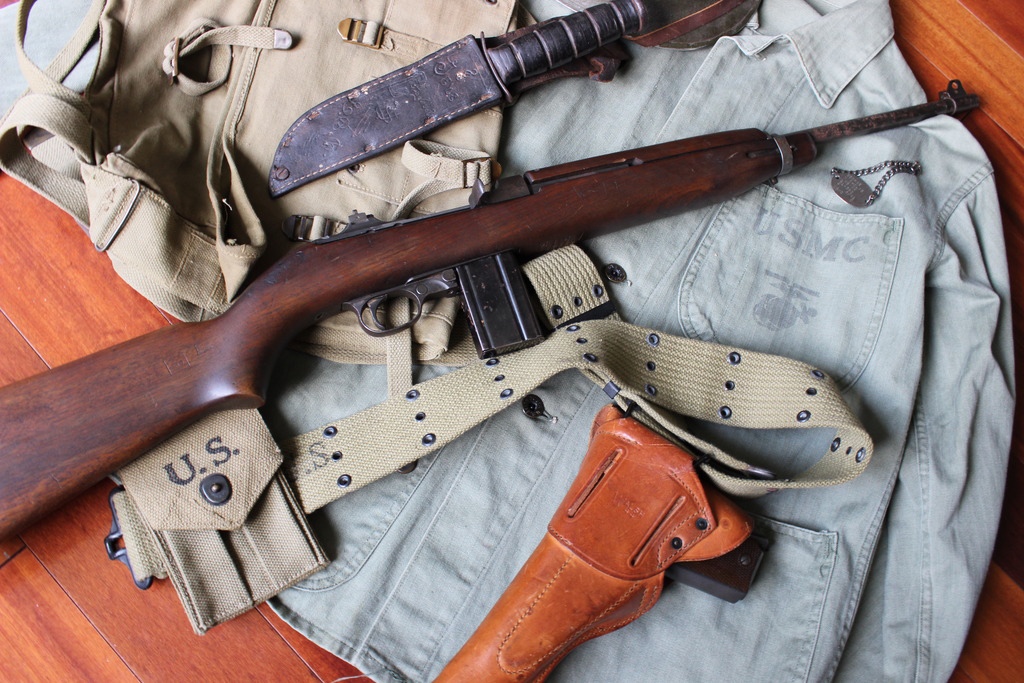 I really like this one.  Have you ever posted about the IP Carbine in the Carbine forum?

I really like this one.  Have you ever posted about the IP Carbine in the Carbine forum?

I should have checked the Carbine forum first...I see now that you posted many photos there of this IP Carbine.  Sorry...just catching up on things after a trip to TX.

How about when you post a photo on here, post the camera settings to help others know where to start with the settings on their camera.

I can do that for you, if I get some time I can go back and edit the posts for the various pictures.

Back to Firearm Photography Forum