I won a Remington model 81 at auction. Appears to be an FBI model... 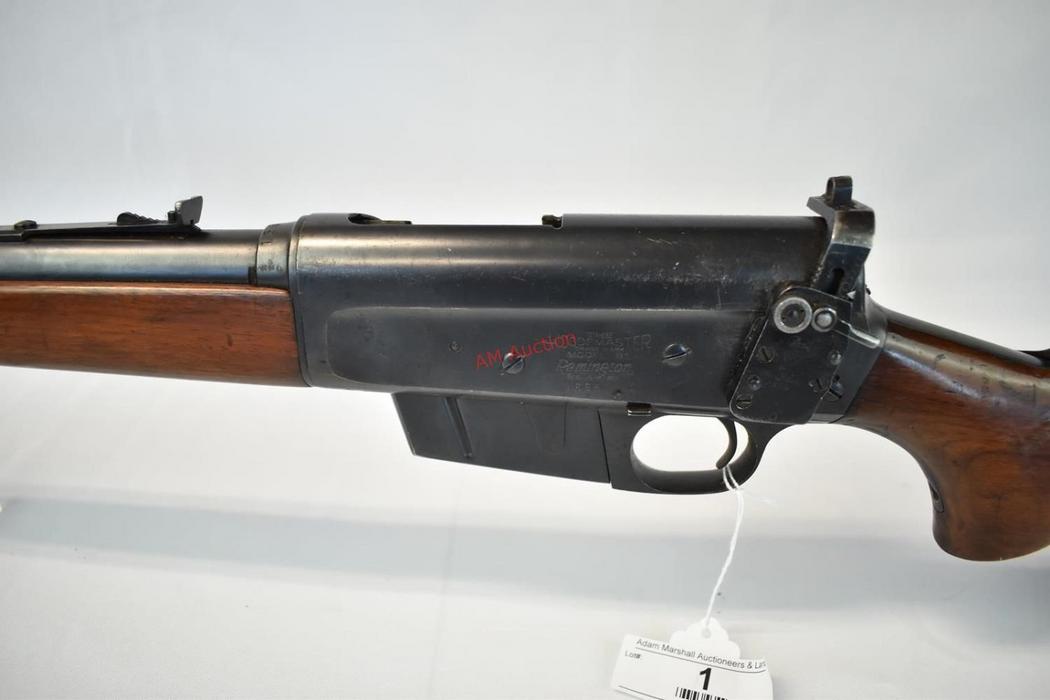 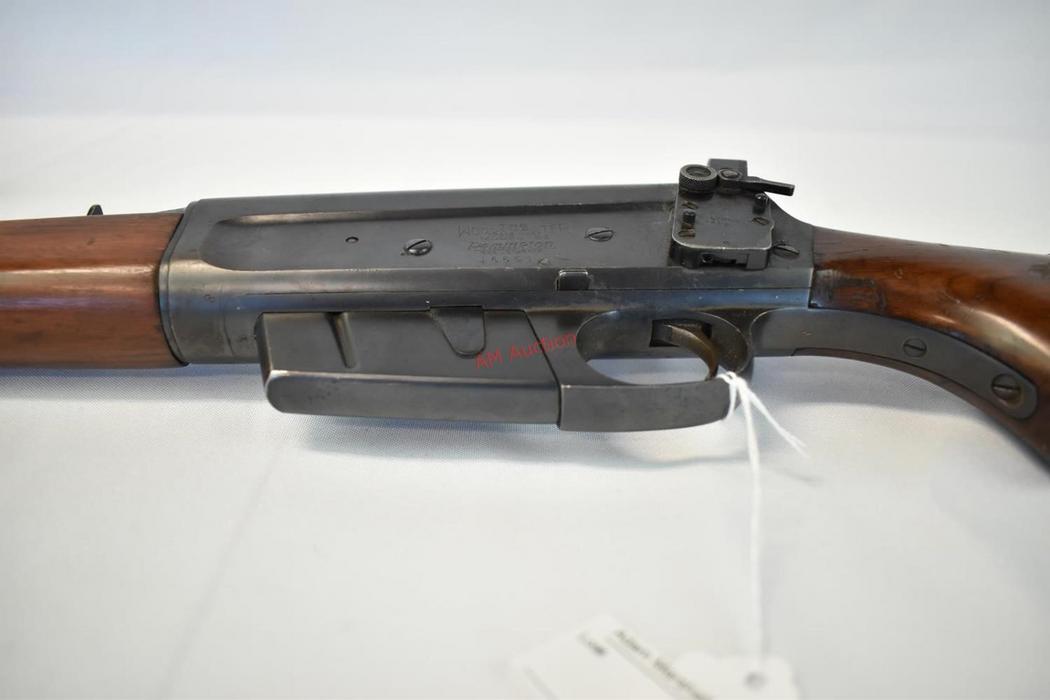 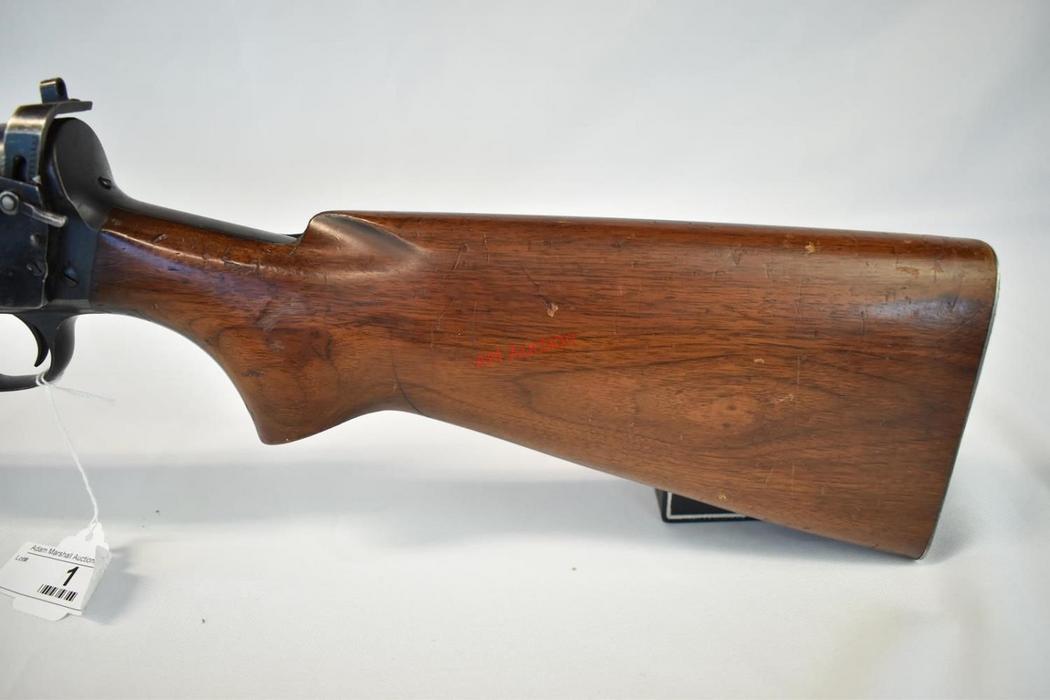 It has the manufacturer and serial number "stacked" under the model information, which I understand is unique to the model 81's made for the FBI. It also has the Lyman 41 sight, is chambered in .30 Remington and has the "notches" cut in the barrel shroud.

You may already have this info, but in case you don't it might be helpful .... Nice score!

You may already have this info, but in case you don't it might be helpful .... Nice score!

I got this one at one of those 200 gun online auctions. When I actually get my hands on it, I'll post better pictures.

Awesome!  Congratulations, and thanks for posting!

Awesome!  Congratulations, and thanks for posting!

I'm interested in finding out, if possible, what route these rifles took to get into the private market.

Did the FBI guns have a rear barrel sight ???

Did the FBI guns have a rear barrel sight ???

There are two types of FBI Model 81's...an "early" type and a "late" type. This is one of the oddities of this rifle...it appears to have both the features of the early and late FBI rifles.

The "early" type had the Lyman 41 sight, no rear barrel sight, a high front sight blade and the "Remington" logo and serial number moved over and "stacked"  under the Model name ("Woodsmaster") 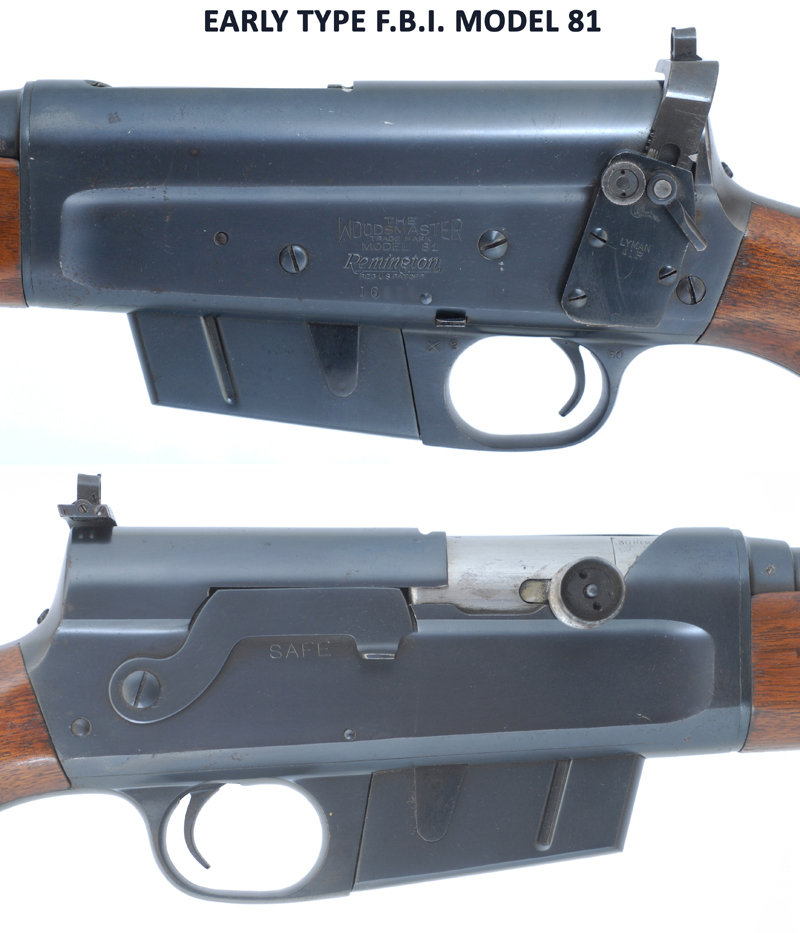 I have a "civilian", non-FBI Model 81 that displays the usual receiver markings... 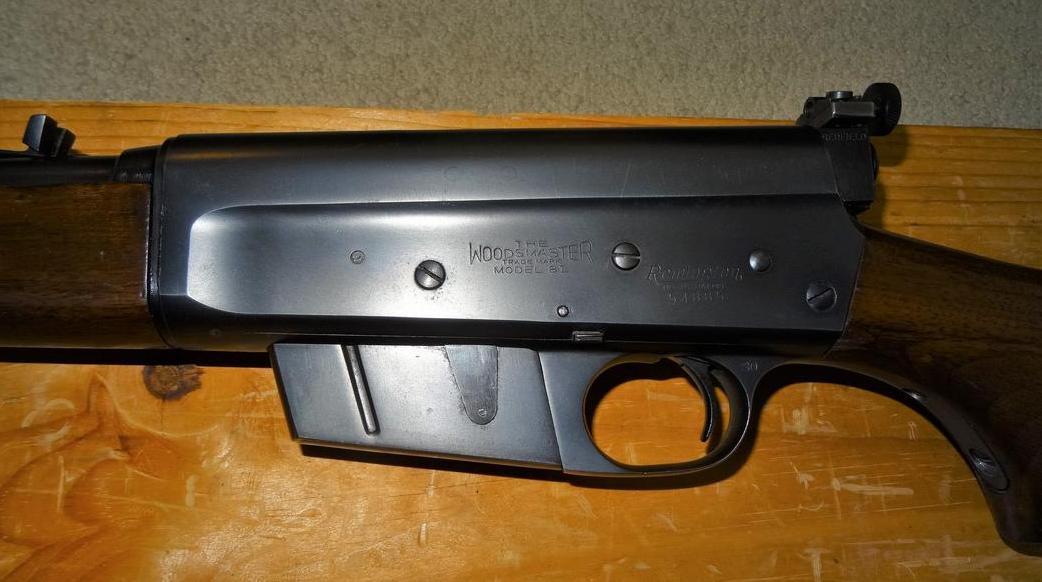 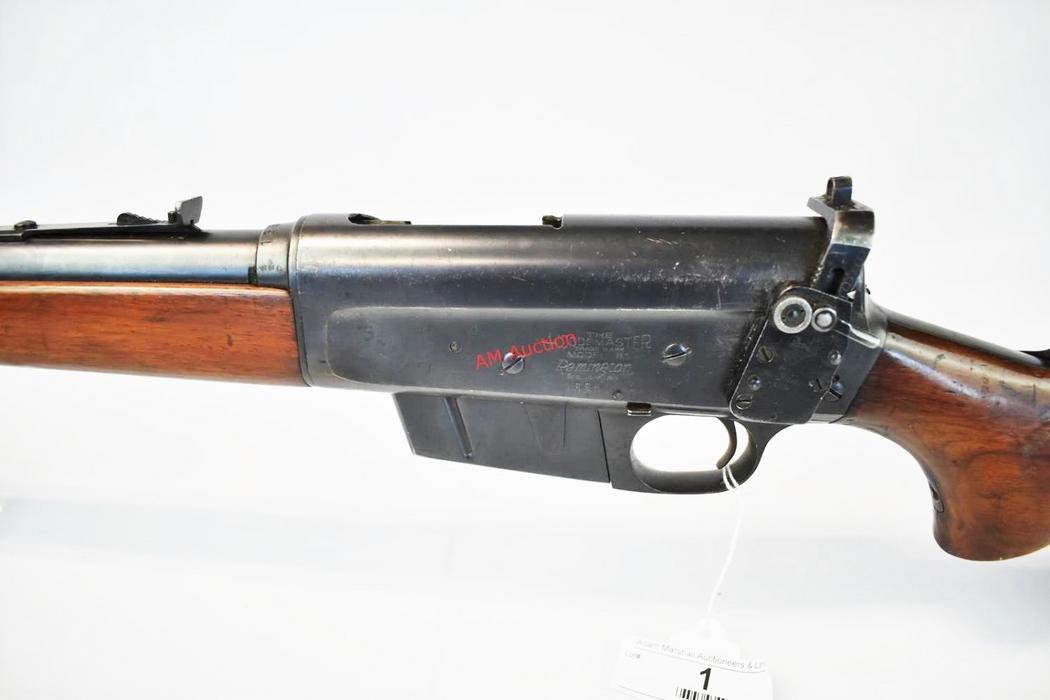 The "late" type FBI model 81's had regular barrel mounted sights and the receiver markings were in the usual configuration. 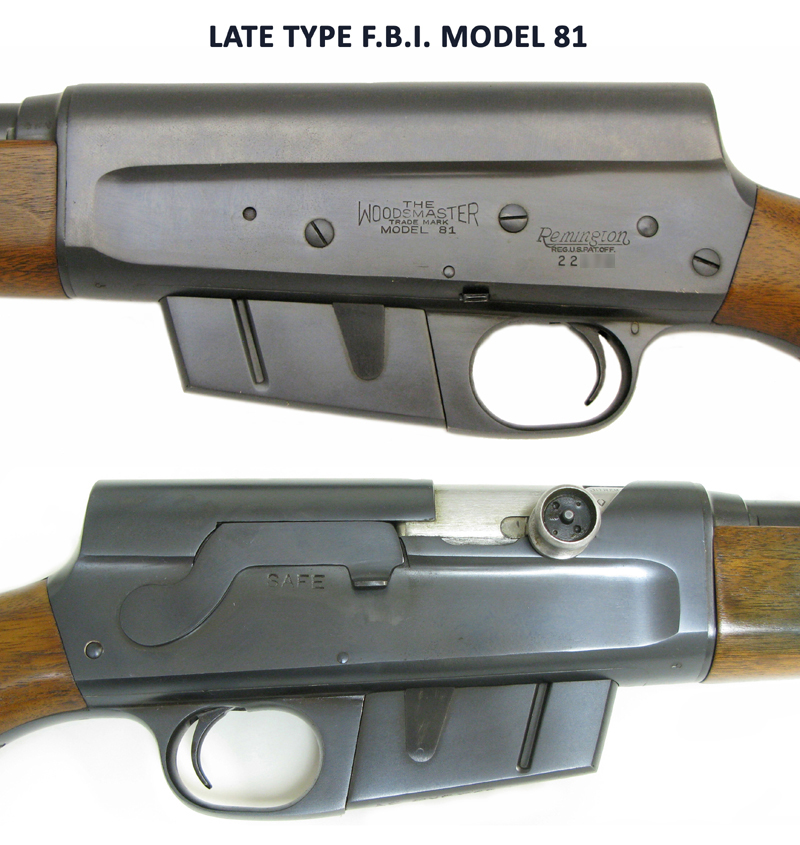 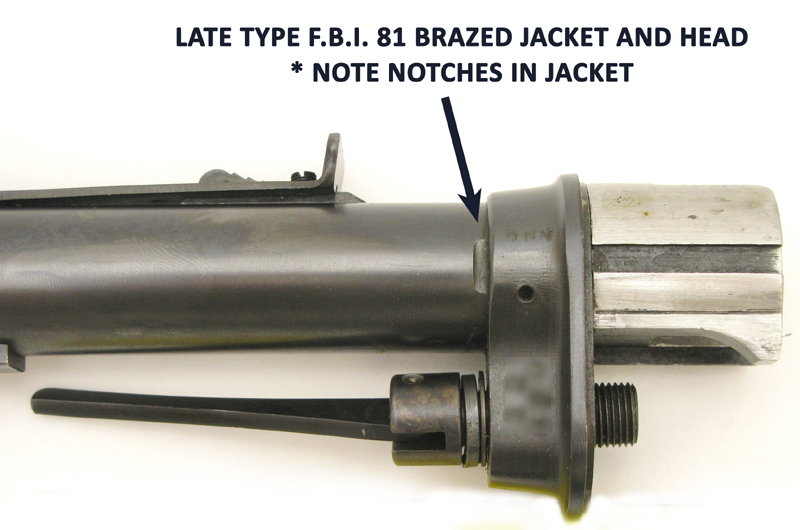 If you look closely, you can see that my new Model 81 has these grooves... 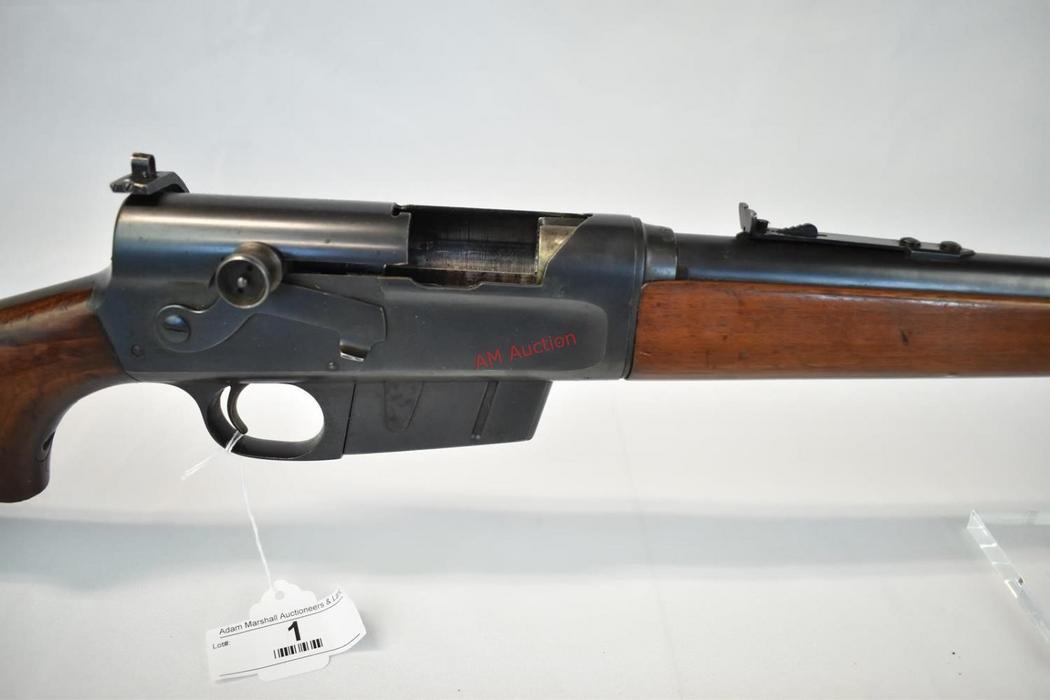 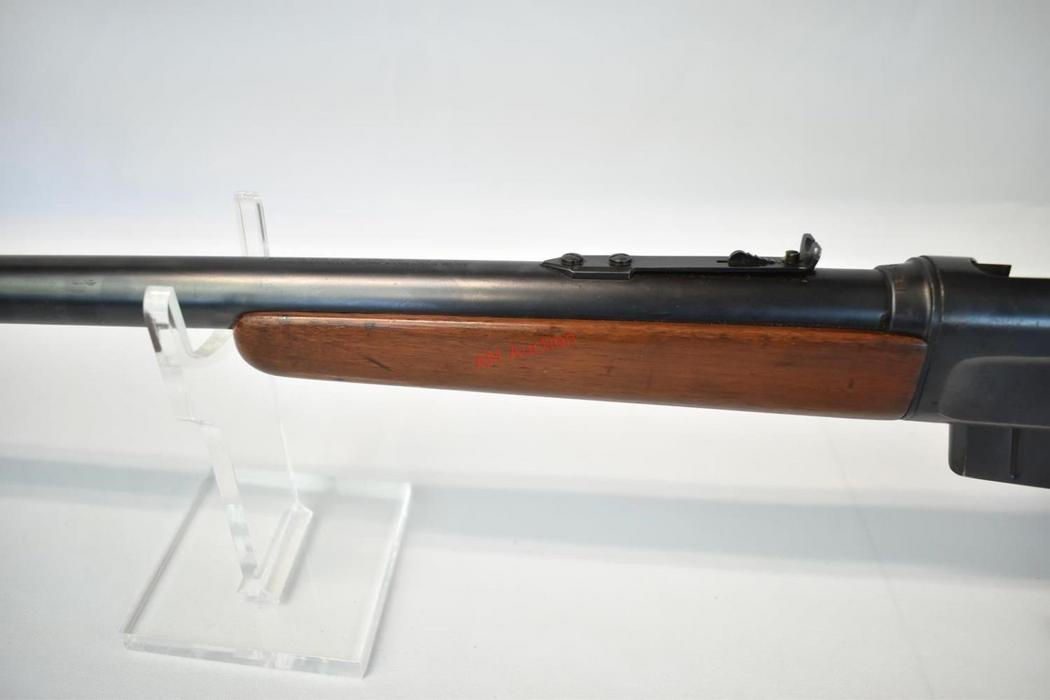 It seems to me that there are several possibilities for my rifle...

One, it is an original "early type" FBI model 81 that someone later modified by adding the rear barrel sight, either by removing the rear sight blank and adding a sight, or by having the holes drilled and tapped. However, this would not explain the barrel shroud grooves of the later FBI model 81.

A third possibility is that at sometime in its FBI service the Bureau returned an early FBI model 81 to Remington to have the brazing done to update it to the later standard.

I finally brought home the rifle and got to look at it more closely.

The rifle displays characteristics of both the early model FBI model 81 ("stacked" model, manufacturer and serial number markings on the receiver, Lyman 41 sight) and the later FBI model 81 (grooves in the barrel jacket, standard rear sight, etc). One theory that I had was that since these are take down rifles, perhaps someone at the FBI had at one time mated a late barrel/forend to an early model receiver and no one had ever corrected it. 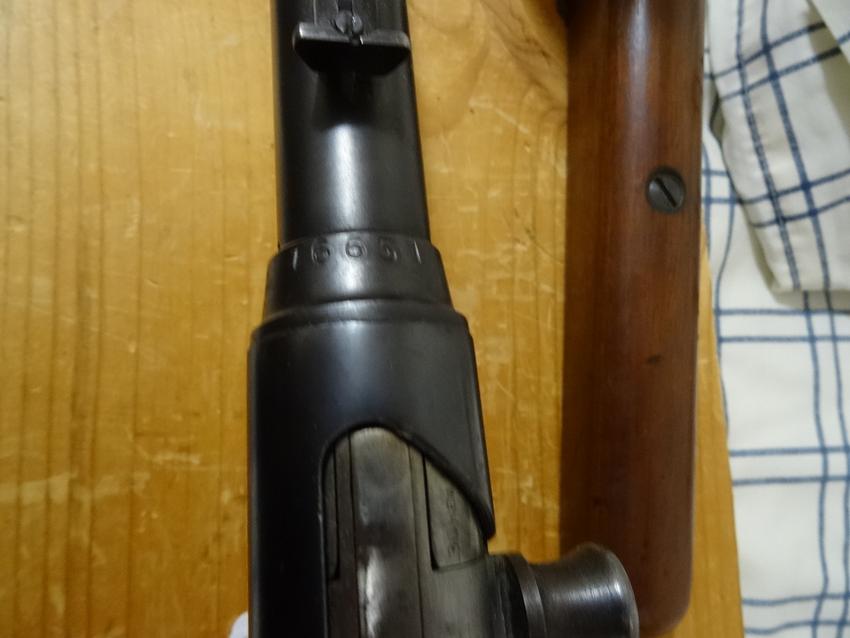 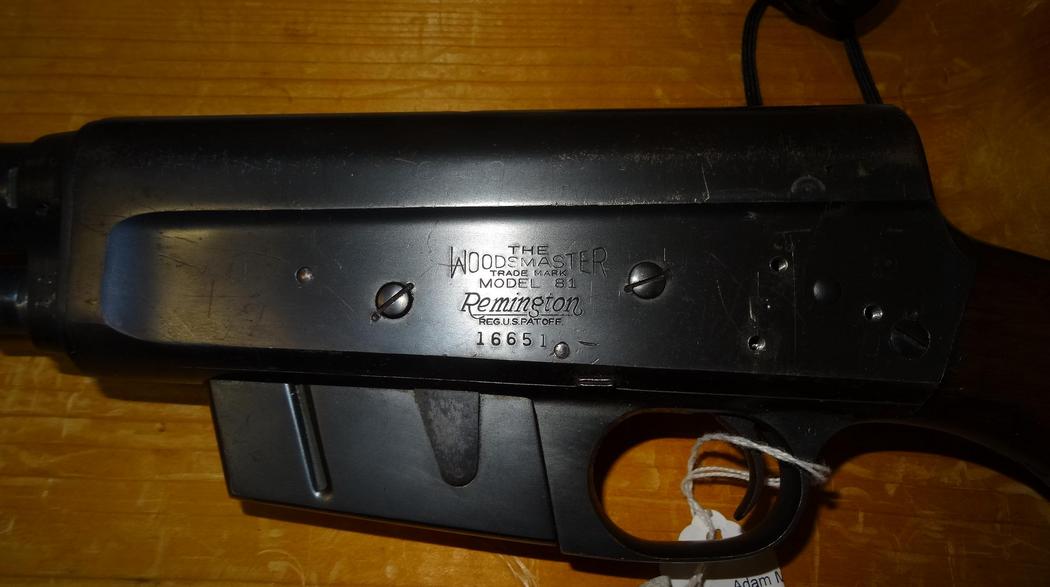 So the mystery continues.

I also noted that the screws on the receiver have been staked. I've not seen that in any other Model 81...even the few FBI model 81's that I've seen 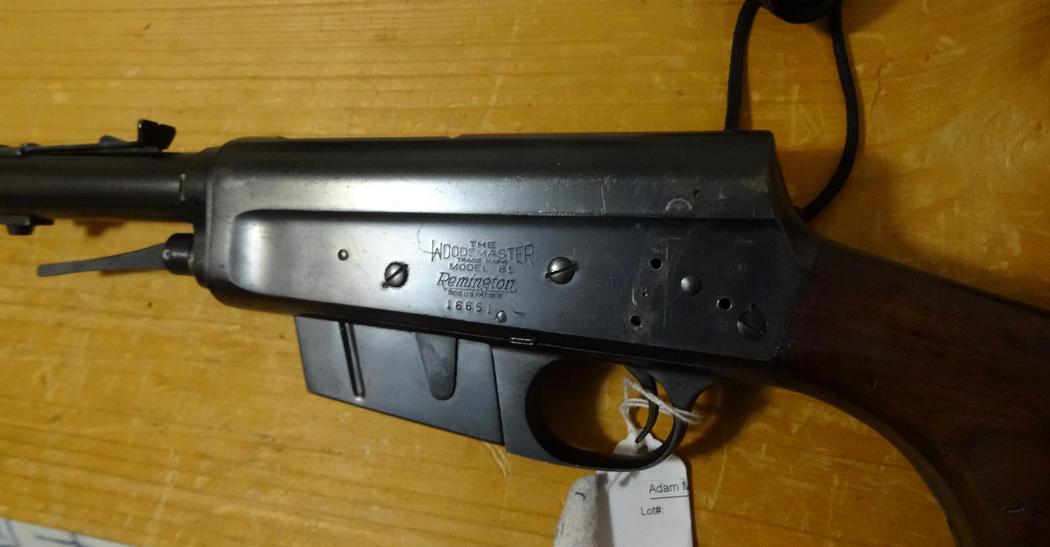 Can anyone identify the numbers stamped on the barrel yoke? 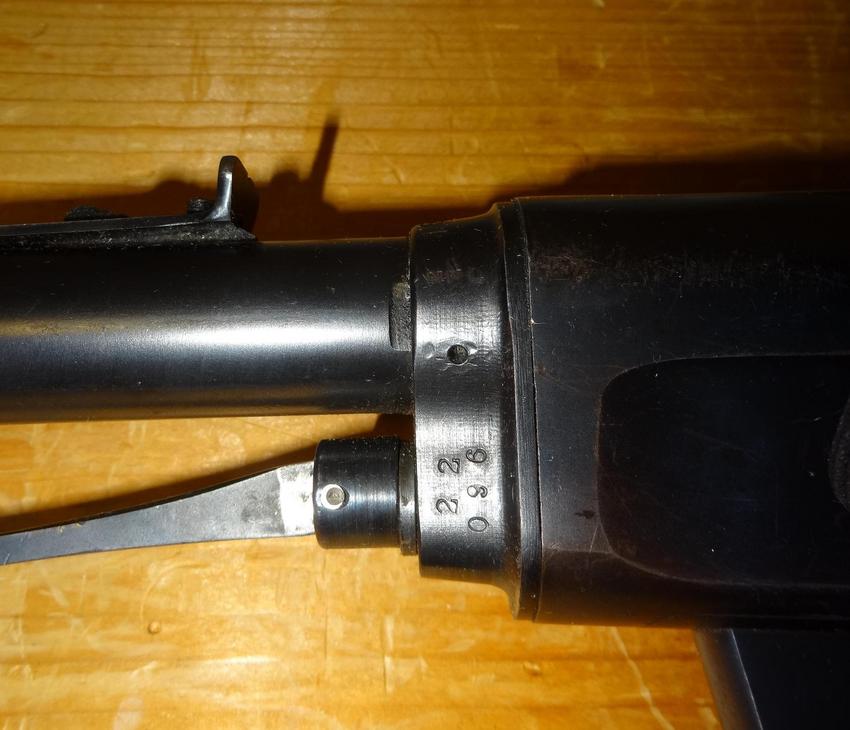 Finally, the barrel code seems to be "NNO". If I'm interpreting this correctly, that would indicate July, of 1944, which seems late for an early FBI model. 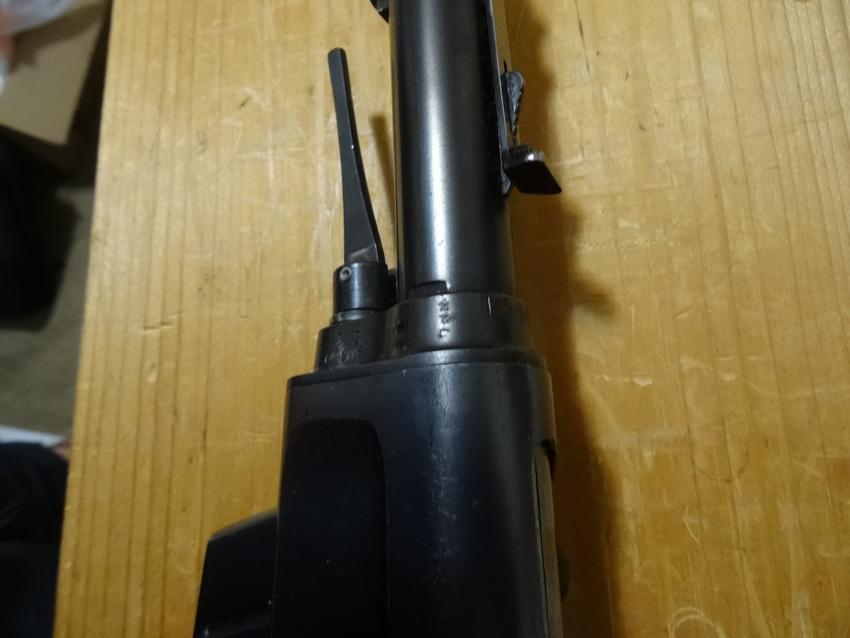 Perhaps the Bureau sent the early rifles back to Remington and had the later mods performed as an upgrade.

Perhaps the Bureau sent the early rifles back to Remington and had the later mods performed as an upgrade.

I think you are probably right about that

81Police, a co-administrator over on the The Great Model 8 and 81 forum made an educated guess on the likely reason for the combination early and late features of my FBI model 81 and he makes a lot of sense.

Your barrel assembly is not original to the rifle. The hand stamped "16651" on the top of the jacket head was possibly done by the FBI. As you'll see there's another serial number stamped on the inside of the jacket head (placed by Remington)...22096. So...the barrel assembly of your rifle is still an authentic Model 81 FBI item, but it's a Late-Type or 2nd style assembly from another gun. The cool thing is that barrel assembly 22096 is one of only 4 known Late-Type/2nd style serial numbers recorded! Are you sure the date code isn't DNN?

Your rifle #16651 was probably manufactured sometime in 1941 and started out as a the "Early-Type" or 1st style FBI 81. The FBI had numerous issues with the 81 (which is why the Late-Type or 2nd style was transitioned). One primary issue was the loosening of the barrel jacket from the jacket head. My guess is that since your mis-matched Late-Type 81 barrel assembly was hand stamped on the jacket head, would indicate the FBI intentionally mismatched the rifle to resolve issues with the original #16651 barrel assembly.