Do weld marks hurt the resale as in the case of a rewat?

5 replies to this topic

magazine housing. Any input would be appreciated 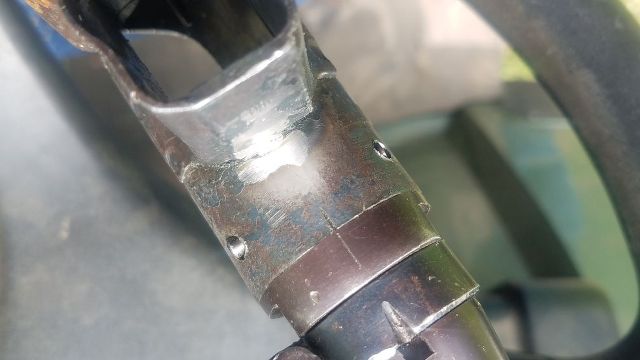 Just to clarify, this gun was de-watted and not de-milled?

since its a shooter , a little cold blue and good as new whats your problem ?

Well, I would say that since you said it was a shooter gun, I would not worry about the weld marks. As long as you bought it for the right reasons like it is cool and you want to shoot it then why even worry about the resale value? One day in the not so distant future all these toys will be worthless because the government will freeze all transfers just like in Canada. Buy it because you like it not because you are worried about resale value. Just my opinion and it is worth what you paid for it. Take care, Haenelistklasse

It always detracts.  The big question is how much.  If the rest of the gun is pieced together and is "shooter" grade as you describe, then probably not much.  If it were pristine 99% and in the 30K range (as an example of a made up number) then maybe 2000 less.  Course that assumes a buyer has several to chose from and dicker on price.  Since that rarely happens due to the relative scarcity of most transferable guns in the US, often a blemish has no effect on value at all, but the value is based on overall condition and desirability of the gun.  Rarity often has little to do with the price of transferable MG's.

Like BillyDixon says, sand it, buff it, cold blue it and it'll be good to go. HTH

More important is it cuts down dramatically your potential customer base when you sell. Your market is a guy who just wants a cheap 38/42 and doesnt care about looks.

I think your market is 20% or less. I think unless its a bargain price it will take many months to sell.

Your other guns are mostly collector grade. This gun does not fit your collection. Return it and find a nicer one.

If the yuck was internal only then it would be a grey area. Its exterior and ugly inside too. The seller didnt disclose it. If you were to resell right now I think youd get $1500 less in this market. You shouldnt take the loss from someone elses mistake.

Back to Italian Submachine Guns

Also tagged with one or more of these keywords: 38/42, beretta