I was looking through my different editions of Small Arms Training, Volume I, Pamphlet No. 21 last night and noticed some very interesting documentation regarding sling placement on M1928 Thompsons. After seeing this, I'm wondering if the British really had a standard for the front sling attachment location. It appears that the sling was attached almost anywhere the individual soldier felt like screwing in a front sling swivel.

By the way, there were 4 different versions of SAT Vol. I No. 21. They are as follows:

Here is what I found that I think folks on this board may find interesting:

This is from the 1940 edition, showing an M1928 with a horizontal foregrip, and the sling installed under the foregrip. Seems normal enough... 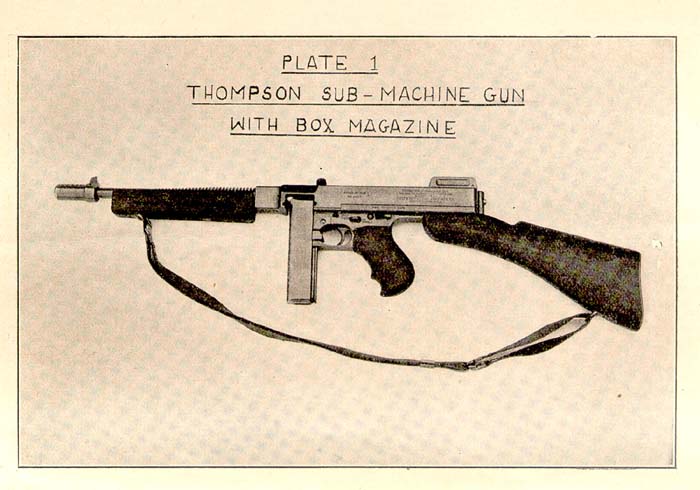 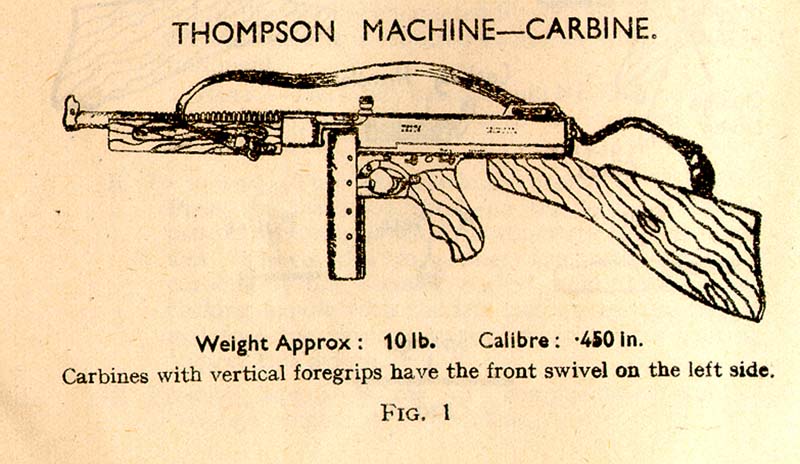 The second illustration (Fig. 2) shows the M1928 with horizontal foregrip with the sling attached on the bottom: 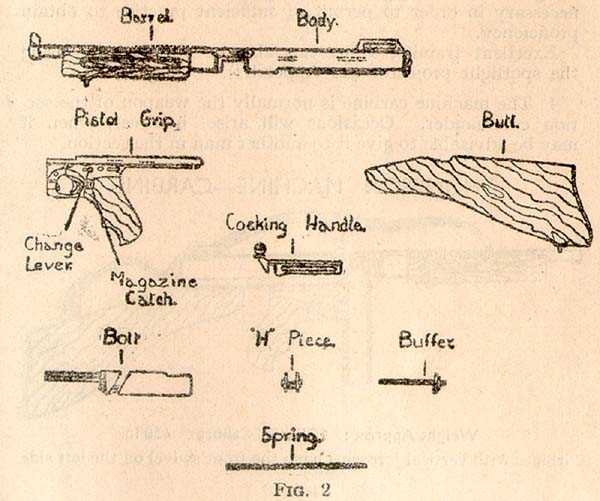 The third illustration (Fig. 3) shows an M1928 with a vertical foregrip with the sling attached on the right side. It is noted that the reader should refer to figure 1 for correct sling swivel location, not as in the illustration. 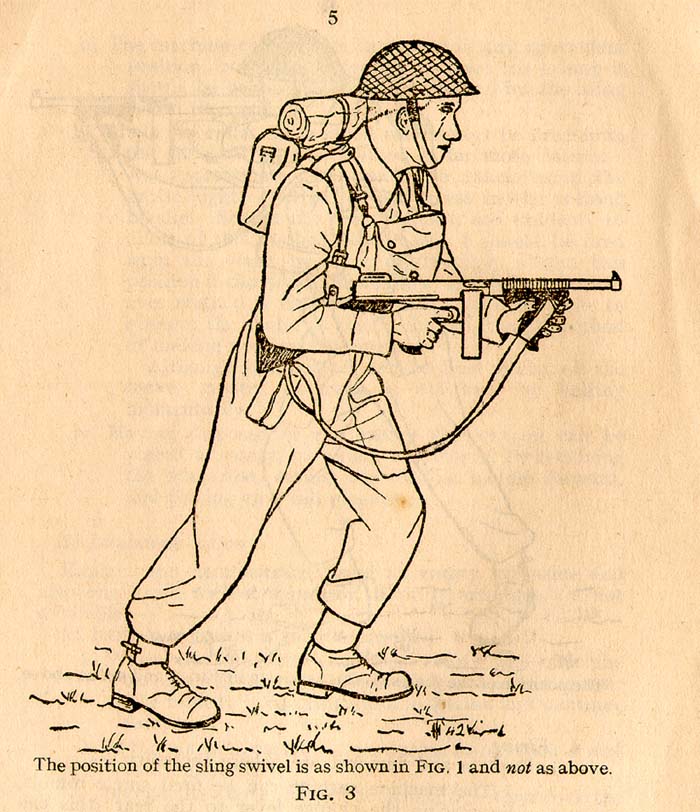 The fourth illustatration (Fig. 4) is similar to Fig. 3, and shows an M1928 with a vertical foregrip with the sling attached on the right side, with the same reference note as in Figure 3. 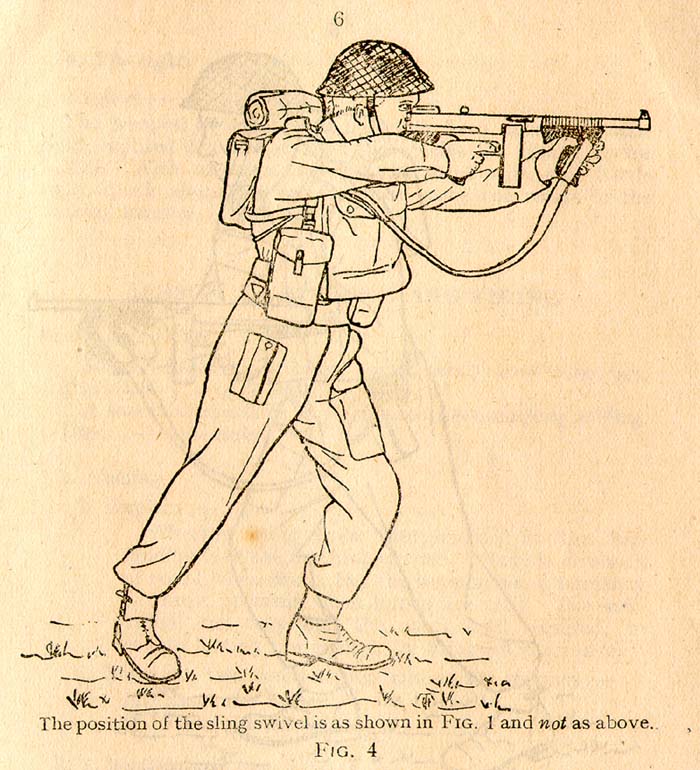 If you look on page 83 of ATII, there is a picture of a British M1928 with the front swivel attached on the left side of a vertical foregrip, as referenced in writing in Fig. 1 of the 1942 edition British Thompson manual.

If you look on page 81 of ATII, there is a picture of a British M1928 with the front swivel attached on the right side of the vertical foregrip. This was supposed to be incorrect placement according to the 1942 manual, and yet was still pictured in 2 line drawings, as you saw previously in my pictures.

Anyway, my point is that front sling placement on the Thompson did not seem to be standardized in the British Army during World War II, and their manuals (especially the 1942 edition) seemed to document confusion in this matter.

Any thoughts on the subject?

By experience gained by trying to sling the Thompson with a drum attached I would say the Brits had the right idea about sling placement being on a side. I too noticed the sling on the right side of the front grip in ATII and that the rear had not been moved to the top of the stock. I think this was a field modification that was later addressed in the manual but was also allowed.

I have 4 Thompson's, 2x 1928A1's, 1x 1928 with U.S. and A1 added, and a M1A1. The 3 28's are British issue, all have the stock swivel in the normal place, 1 has a horizontal grip with the swivel on the left and the other 2 have vertical grips with the swivel on the left. All 3 are at the same height when the guns are resing upright on the stock. Intrestingly, my late 28A1 has the horizontal grip which has had the swivel moved to a 3rd position and the grip has been chequred very profesionaly. My early 28 also has a Lee Enfield No1 mk3 swivel on it.

The M1A1 is British or Australian issue with the swivels moved to the top of the stock, and to the left of the horizontal grip.

At home, I have a deactivated M1 and a 1928A1 with the Swivels attached in the British manner. These were not done by individual soldiers in my opinion, as they appear to have been standard for a lot of British and commonwealth TSMG’s. The work covering the original swivel locations also appear to be very professional.

There is a company in the UK at the moment selling both M1 and 1928A1 stock sets with the swivels relocated on top of the stock and onto the side of the fore grip.

Hope you don't mind me bring this post back up to the top. I was looking up some British Thompson sling locations due to my WH happen to have a stock with the sling attachment at the top. As I was looking around to figure out where the front placement of the sling would be.. I happened to find some photos.

Source of the photos: http://silverhawkaut...ection_398.html