anyone see the British Thompson transit case on ebay in the last few days? What would you guess that these are worth?
page 221 of the Tracie Hill book shows them.

I thought for sure you just bought it!

By reading the questions that were asked of the seller, Andrew, he responded to "Hugh" who had made him an offer to buy it.... Hmmmmm.... how many Hughs buy Tommy parts???

He sent me a response to an offer to buy it, even though I did not offer to buy it. - I had not even tried to contact him, I just had a bid of only 40 lbs ($71 or so?). He said he wanted $300 for it (no idea if that included s/h). I responded that it was not me who made the offer, perhaps Hugh or Buddy (that name also sound familiar???) who asked questions were the ones who wanted him to cancel the auction and buy it now.

So my assumption was you or Buddy got it.

I did not bid higher because it appears to have nothing inside it, and I believe there should be some wooden racks built into it for orienting the guns when they were shipped in it. I know Tracie has one of these - I don't recall seeing a picture of one in any books, but the Russian guy (Ringwraiths?) that was selling 1928s on Gunbroker had a picture of some in a case a while ago.

Anyone have a good picture of what is supposed to be inside them?

And did ytou actually buy it Hugh? How much?

I had these posted awhile back, but I'll throw them up again by popular request. Hope this is what you were looking for???
Cleaning rod.
Cleaning kit/spare parts section.
6 XX mags
3 L drums
Butt and remainder.

Inside with some stuff to show what goes where.

This is it closed up.

Here are the images from the auction. I wanted to bid on this item, but apparently the seller received a side offer, cancelled all bids, and ended the auction early. 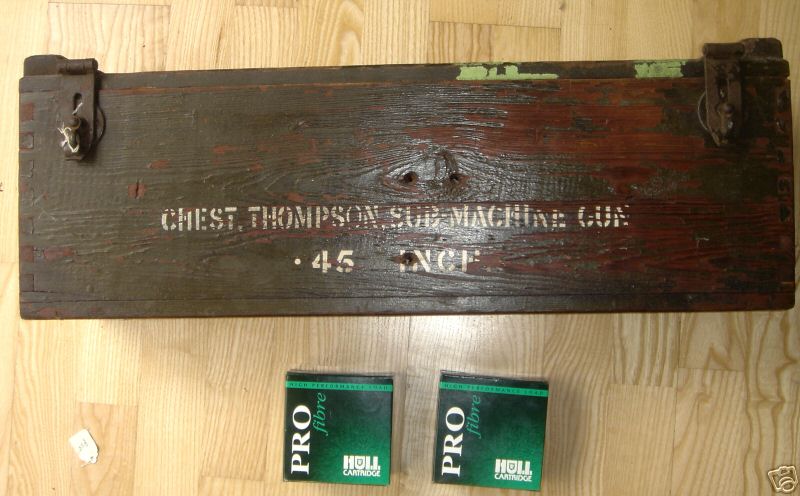 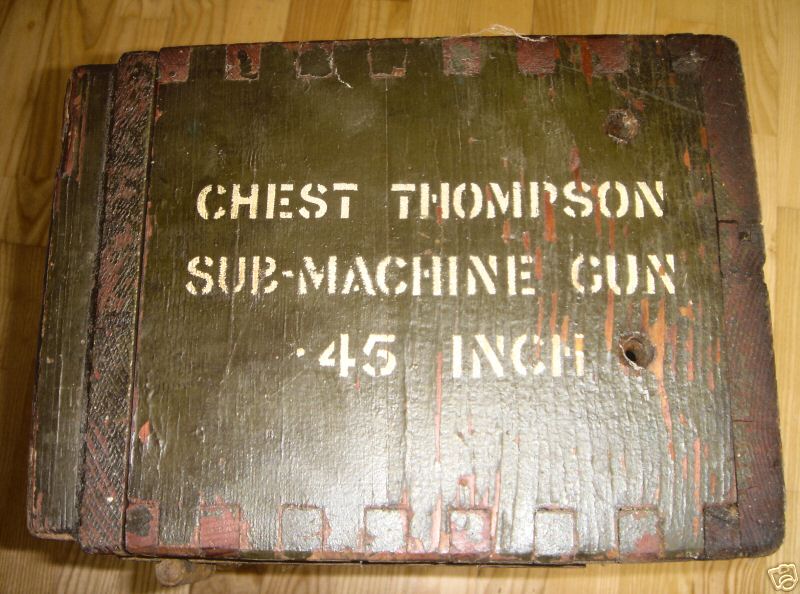 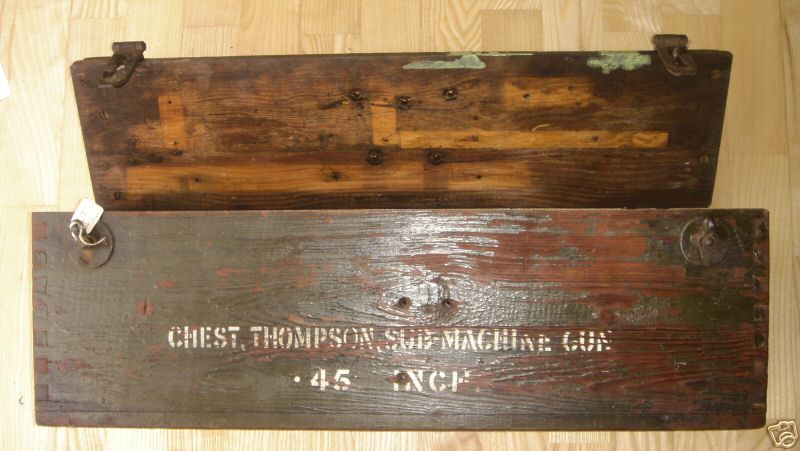 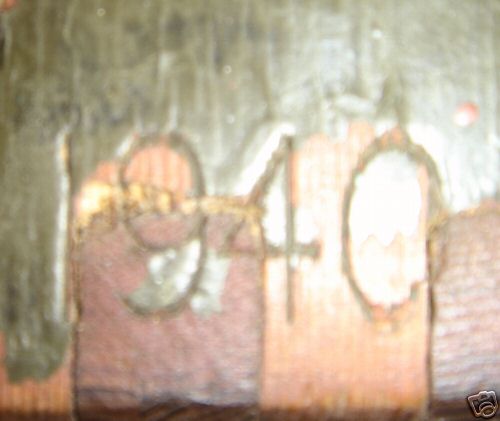 Nice chest...appears all the wood internals were removed to accomodate storage of other items.

Still would have been neat to own.

If you look closely at the empty wooden case, you can see the markets from where the wood once located. You should be able to use them as references and replace the wood to make it a nice case.

Here's a shot of the interior basically empty.

Thanks Dave for saving the pics from the link. I blew it away already.

I agree with Jim that this would be a great project - to make a few of these up. That was my interest in it, then I noticed no internals. And as Dave mentioned - the seller sold it off line. Maybe someday I can borrow one long enough to make a few replicas!

i must confess...it was me. i had to pay more than it was worth and a lot to have it shipped from the UK.The box ought to be here in a few days. It has been stripped of the partitions inside. Also, from the picture on this link, it looks like it is also missing the handle from the top. but i am told that it is in very solid condition and am looking forward to adding it to my collection of thompsons and accessories.

Would be great to have someone competent at woodworking restore this one and perhaps make up some copies for those on this board who would like one.

let me know who might be capable of restoring this one and making some more.