I'm stumped on this one. I recently took a chance and bought a British web case that was advertised as possibly being for a Thompson. I think I can rule the Thompson out of the equation at this point, but I cannot seem to identify what this case belongs to.

It appears to be stamped as follows:

It fits a Sten MkII very nicely, except for the buttstock. It would probably fit a Sten with a wire pistol grip with a couple of inches to spare. I do not see it referenced in the Collector Grade Publications book on the Sten SMG.

It has a web slot on the inside that fits a Thompson cleaning rod perfectly.

I cannot find a way for a Thompson to fit, and if it did, it would have to be with the buttstock removed. Three Thompson 30-rd. magazines fit in the large outside pouch very nicely. Sten magazines are about an inch and a half too long.

Here is a picture showing my WH M1 and my Sten MkII next to the case for size comparison. 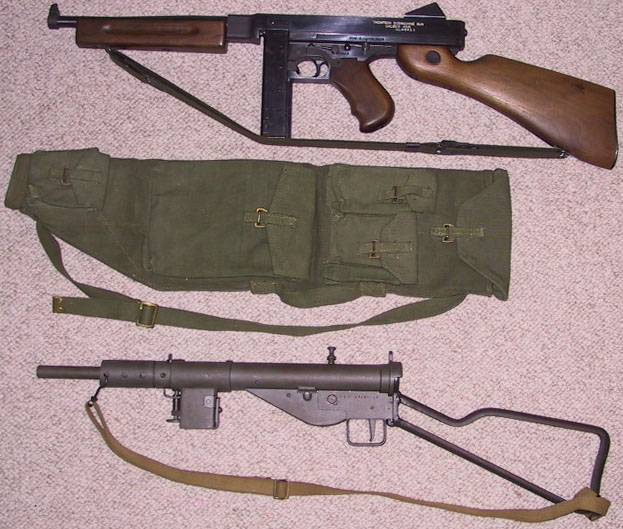 An M-1 Carbine fits inside, but is too long.

I don't really think it would be for a Sterling, as I believe they entered service about 1955, but it could possibly be for that weapon.

It might fit an M3 Greasegun. I don't have one, but a friend of mine does,. I'll have to try it. I don't believe the British ever used M3's.

It could be that the case is not intended for a weapon at all, but I'm not sure what else it could be for.

Here is a closer shot of what the upper pouches look like opened. 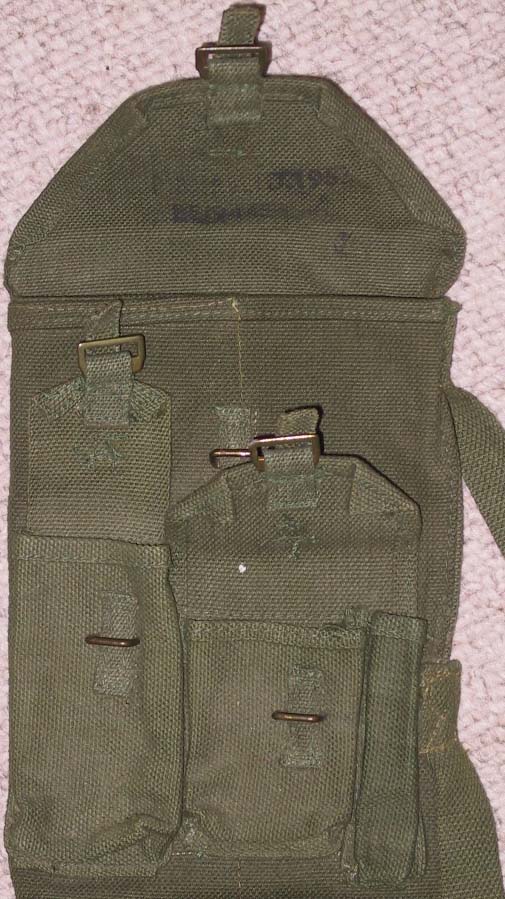 It could be that it was used by a British Commonwealth country, such as Australia, which could introduce the possibility of it being for an Owen or an Austen. I think an Owen would be too long.

Any help identifying this web case would be appreciated.

Hi Dave.
I have seen two of those exact same cases before....one on Gunbroker and one on Ebay. Both were advertised as being regular British issue for the STen MK V.

I had thought about buying one for the MKII I have incoming. Even though it wouldn't be "proper" it looks like a really nice case!

BTW, an unrelated issue.....do you ever take a vacation? Please let me know so I'll have a chance at winning some of those Thompson manuals on Ebay to fill my own collection!!

I've never seen such a case before, but I will look for it in my sources. However, I do not believe that it was made as early as WW2 due to the buckles, type of fabric and color - which all seem more like the 50's and the 60's. I would think that the 1953 stamp is a better indication of its year of production. It has a certain American look to it; I have a couple of M16 ammo pouches with almost the same buckles, type of fabric and color.

Based on your post, I started looking on some Bren websites, and found out what the item is.

Here are some pictures of what I found on a Canadian WWII military website. 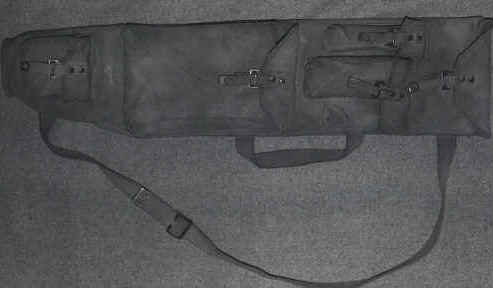 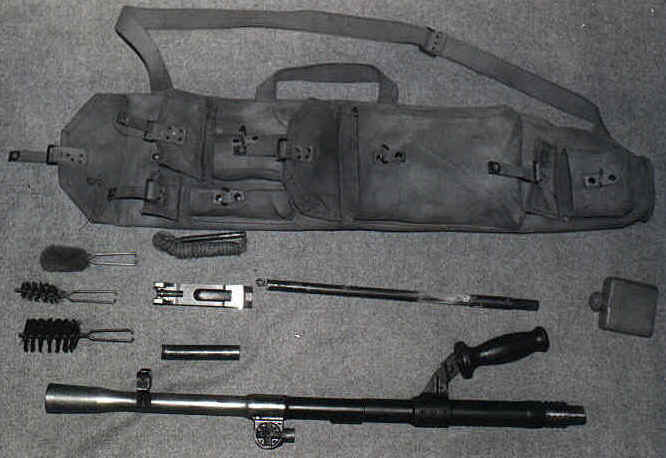 If you look under the Bren section of this website, you can read more on the Holdall bag.

these barrel bags are very common here, usually unused. Most militaria shows will have some. Not usually dark green like this one, though, mustard-coloured is normal. The sleeve inside is for the cylinder cleaning rod.