Just Another Thompson Pic From Wwii

Just surfing around again, came across the National Archive web site of photos from WWII and I thought Iâd share this one. Maybe someone posted it here before, I just havenât seen it. They have a ton of photos, from Al Caponeâs and Machine Gun Kellyâs count documents to the Pacific and Europe warâ¦ You can check out the rest from their site hereâs the link from which I grabbed this photo

That one is good but the focus is on the 1917 and not the Thompson, here's a good one I found.

I'm gonna start posting these as "Posed WWII Thompson pics". You guys try to find "action" photos. There were only a few photographers who were snapping pictures while the bullets were flying. The only thing you seem to care about is that they are "posed"


You post all you can find. I like 'em. Posed or not, it's the man, moment and machine thing I like to see. Hey, "Man, Moment and Machine", maybe I could sell that idea to the History Channel for a show!

Here's one I acquired a few months ago. Can anyone beat 20 Colt Thompsons in one picture? This was taken of Marines at Quantico, Va taking a sight picture on a shooting range, circa 1935. None of the guns appear to have magazines in them. I bought this picture, and there were others I didn't buy that were from the same series, and did not include Thompsons. I can post previews of the other images if anyone is interested. 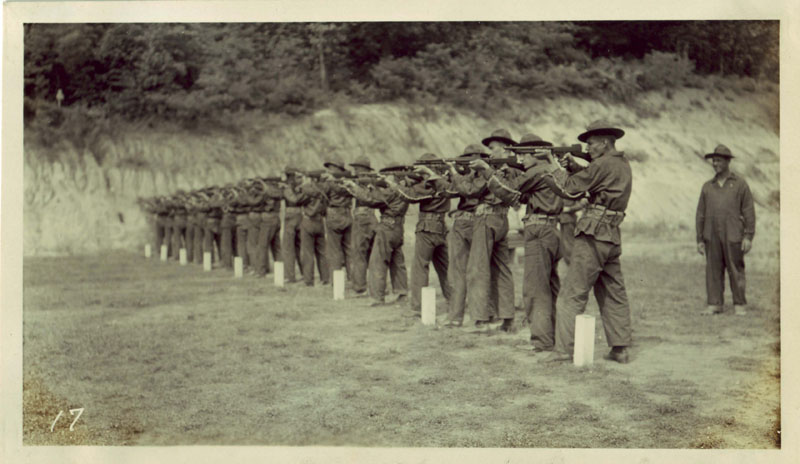 This picture is also a good demonstration of the effect of depth of field in photography. The photographer probably had sufficient light that he could have used a higher number F-stop, produced greater depth of field, and captured all the troops in focus. However, maybe he sought the effect he produced with this shot.

the only pic i have of twenty thompson's is on my kitchen table.before i sold them off circa: 1999........and of course the cox collection back when...a 1975 polaroid. i have gone through hundred's of old pic's with thompson's.and never have i come across a pic of al with a thompson,using posing or otherwise...and have never heard of anybody who has seen or heard of one either. and i knew some of the old time newspaper guy's including tony beradi, john drummond,

and some guy's from the old "merry gangster's "group

that would be a prize pic.ole BIG AL with a thompson.only john d,from indiana,and clyde and bonnie and the shelton and birger gang's....... i wish sometime's now i would have kept some of the stuff.........but alas other collector's are happy....

i do have a nice one of wallace beery,and a old texas ranger with them....and of course the old standy bogart from "sahara"

someday the young guy's will be old,and look at mike's mg pic's and shout.anybody remember this guy??
wink! have fun/ t.c.ron 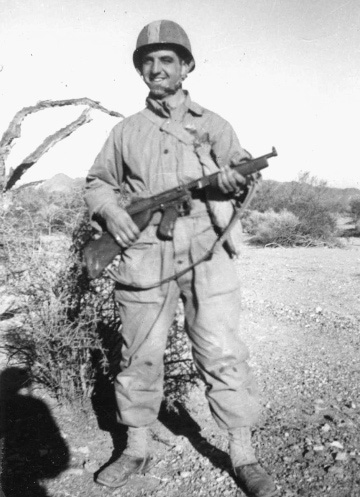 Don't know if these Krauts would consider this a "pose" or not. Kinda doubt it. Especially the one in the middle with the "would you point that in some other direction" look on his face.

Here are a couple good ones

Talk about a posed photo, they should put clips in the guns when you arrest a bad guy! And no magazines in the mag pouch!

Look at the one MP with the hammer back and his finger taking up all the slack....

Hawk...that's a NICE photo! I'm gonna put that on a t-shirt transfer for myself!
Rob