I just received a very interesting vintage catalog in the mail. I thought I would share excerpts on the board, as there has been some light discussion on this topic in the past.

The catalog is a "Ma Hunter" catalog, issued by sole proprietor Val Forgett, most likely during the early 1950's. The catalog was advertised as being from 1950. It is definitely pre-1963, as there is no zip code listed for the address, and it is probably pre-1955, as it mentions that the Sten SMG was "Still the standard of the British forces." I am looking for guidance on when this second edition catalog was actually published.

In reading through the few previous references to Val Forgett and Ma Hunter on this board, and some information available on the internet, it appears that he passed away in 2002, and was the founder of Navy Arms. Navy Arms is apparently still run by his sons in West Virginia.

I was looking for some more history of the company, and maybe some stories from the past from PhilOhio or Ron, or anyone else who might be able to lend more insight. I also thought frequenters of this board would enjoy seeing the old catalog and prices... 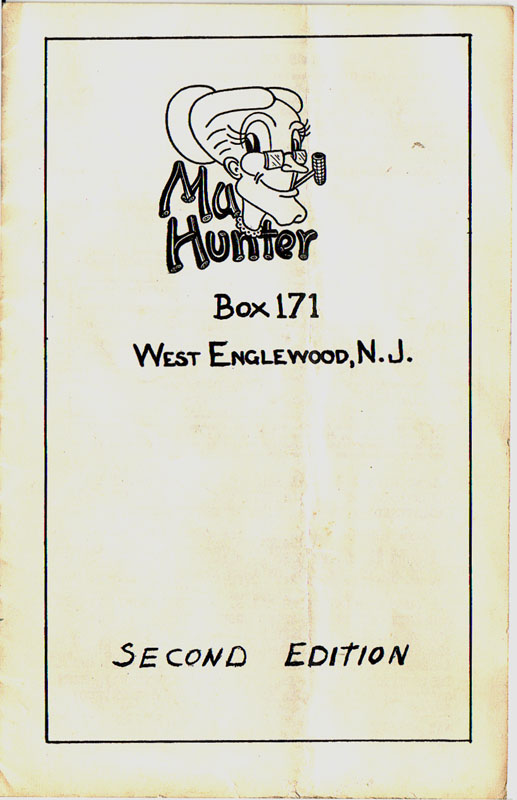 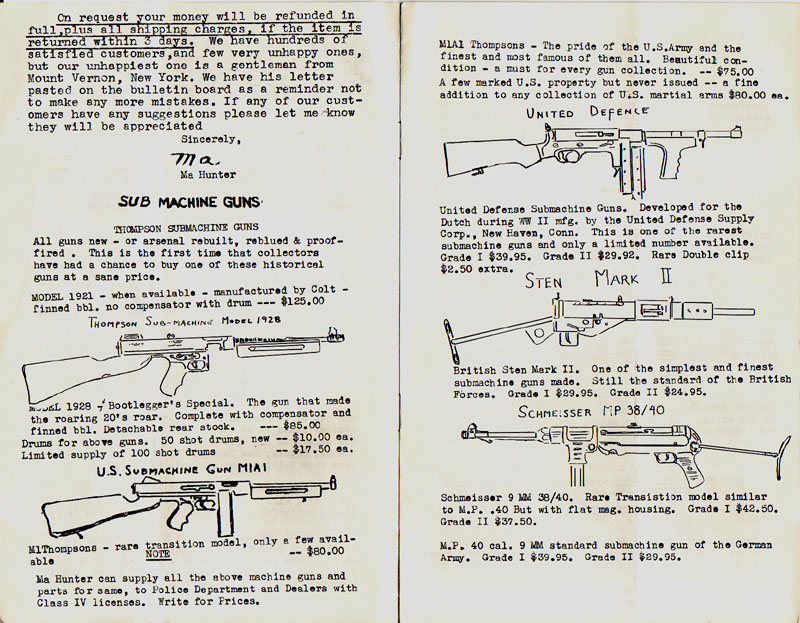 Ouch
Those prices are just PAINFULL to look at.


Really? You want to know painful... How much do you think a grown man was making an hour working?

Thanks for your thoughts on the catalog. I knew that Val Forgett's name sounded familiar. I believe I have seen articles from him in the past, possibly in a cannon publication that we used to subscribe to, or maybe the Thompson article your mentioned. Any idea when and where the Forgett Thompson article appeared?

The Faust article in the February 1969 G&A magazine is a good one. I like the photographs they used. Here is a picture of the front of the magazine that features the Faust article, and the Elmer Keith article you mentioned. This is a good, vintage magazine to try to pick up for any Thompson collection. 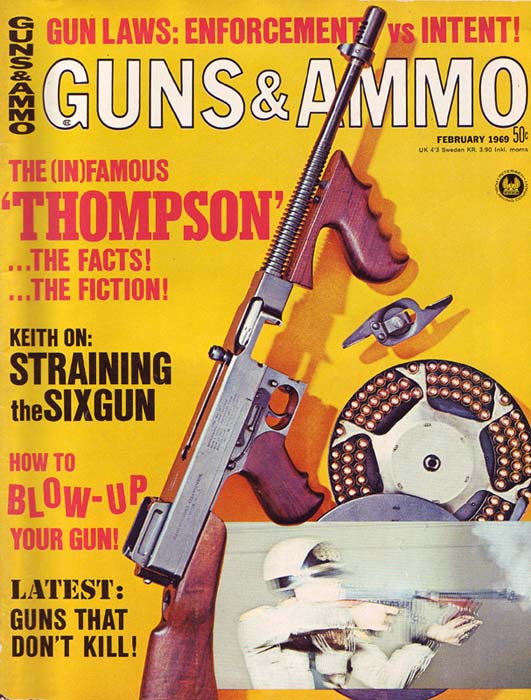 Interestingly, the "Ma Hunter" catalog lists 3 different addresses for the company. It mentions that the showrooms and office were located at 203 West Shore Avenue in Bogota, New Jersey. It lists Val Forgett's address as 905 Red Road, Teaneck, New Jersey, and the correspondence address for "Ma Hunter" was Box 171, West Englewood, New Jersey.

I bought one of those Taylor drums around 1995. Some one got the parts and put them together but it wasn't Navy Arms. I think I paid around $100 for it but the thing was a flop. It took a lot of thumb to get the last 10 rounds or so into it and then it wouldn't feed worth a darn. I guess that it could have been reworked to perform better but the spring seemed too weak to feed and too stiff to load. That plus the fact that the thing weighed too much full and in a 1911 that the whole concept seemed dumb so I sold it for what I bought it for. I guess if you had a 1911 carbine it would make more sense (if it would feed reliably).

Phil and David,
SARCO is an acronym for "Steen Armament Research Company". It was founded by Charles Steen in the late 50's and incorporated in 1962.
Best, Zamm

The latest Midway USA flyer list a new series of Pro-Mag drum magazines for the 1911, Glock, 10/22 and others (1911 is here: http://www.midwayusa...eitemid=564303). They don't have delivery yet but it should be soon and they are around $60 with a 40 round capacity. They are made from plastic and lack the historical appeal of the Taylor magazines but they will be cheaper and can't work much worse.

I never thought this post would morph into talking about the Nylon 66 rifle. I still have one that belonged to my Dad, and I have fond memories of putting many rounds through it in the Canal Zone of Panama during the mid-1970's. I always liked that rifle when I was younger, but I bet I haven't fired it since about 1979. A Ruger 10/22 kind of took its place...

I may have to dust that old Remington off, and try it out again...

It certainly is a small world when it comes to Remington Nylon 66's. My father also purchased one new when this plastic gun was introduced. It is different than all others I have seen to date in that it does not have a serial number. Many years ago I asked around about this and was told the Nylon 66 was introduced prior to when serial numbers were required on .22 caliber rifles. This one was purchased out of an Air Force Post Exchange (PX). The original box is long gone, but I am pretty sure I have the original Remington manual that came with this plastic rifle.

While most everyone has heard of or seen a Nylon 66 rifle, not many people are aware that Remington offered several versions of this rifle and in different colors. A lever action version and clip fed model were also manufactured as well as one nickel/chrome plated. These models/variations are not often seen and must have not been produced in large quantities. Such a small world we live in....

The nylon 66 is a great little rifle. I've had a pair of them for years - Apache black and Mohawk brown. The black and chrome looks like a
pimp's hood ornament but it is apparently quite scarce. I think I know why!

Waffen, I'm with you "the man" is a pain in the ass who bears watching!